Lamb to the Slaughter by Roald Dahl

Tales of the Unexpected

“The room was warm and clean, the curtains drawn, the two table lamps alight-hers and the one by the empty chair opposite.”

Ah, Roald Dahl, wonder of my childhood reading. I have so many fond memories of Dahl’s books for kids: Matilda, The Witches, James and the Giant Peach, Charlie and the Chocolate Factory, The BFG.

Like many others, I was entirely caught off-guard by Dahl’s adult work, which is dark and delicious and utterly diabolical. In retrospect, this really shouldn’t come as much of a surprise. Consider all the wickedness in those children’s books: the hideous witches, the vile teachers, Mr. and Mrs. Twit.

What is Willy Wonka’s Chocolate Factory if not a glossed-over house of horrors?

Lamb to the Slaughter is probably Dahl’s best-known short work. If you haven’t read it, you’ve really missed out.

The tale centers around prim and proper Mary Maloney, who over the course of the story will do some very unprim and improper things. Such as murder her husband. Mr. Maloney apparently has had enough of his wife, and he comes home one evening and explains that he wants a divorce.

“So there it is,” he added. “And I know it’s kind of a bad time to be telling you, bet there simply wasn’t any other way. Of course I’ll give you money and see you’re looked after. But there needn’t really be any fuss. I hope not anyway. It wouldn’t be very good for my job.”

Well, when you put it that way…

Old Mary isn’t having it. She’s sixth months pregnant with Mr. Maloney’s child and she isn’t going to stand for this kind of crap. So she hoists up a frozen leg of lamb and beans her husband over the head.

And that’s the end of that, as they say.

But that’s not the end of the story. Murder is all fine and dandy, but then you’ve got a body to dispose of. Which is where Dahl’s tale becomes truly unique, brilliant and demented.

Mary Maloney will get away with murder. How she does it, however, is a stroke of genius. Because it’s not just explaining away her dead husband’s body, but doing away with the murder weapon.

Lamb to the Slaughter is, my dear reader, a fine meal for one late October evening.

Above image by Hardy Mayes 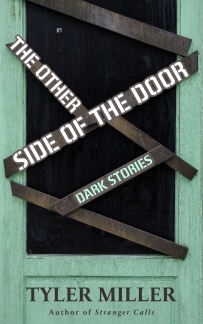