Ian Fleming, Hugh Hefner, and the Spectre of American Manhood

In light of the newest James Bond installment, Spectre, hitting theaters last week (just in time for my birthday) I’ve been thinking a lot on Ian Fleming, the author of 14 Bond novels (though not, as it turns out, the author of the most 007 adventures—that distinction belongs to John Gardner, who wrote 16).

It’s important to recognize the significant differences between Fleming’s Bond, the 007 of the page, and the debonair Bond fashioned by Harry Saltzman and Albert Broccoli (and their descendants), the MI6 agent of the silver screen. Most of the world knows the latter far better than the former, and when we think of James Bond we are almost always thinking of Sean Connery or Daniel Craig or perhaps even Roger Moore.

But while Hollywood made Bond faster and more explosive and better looking, gave him vaster and more exotic locales in which to adventure, and paired him with more women and more beautiful women, there is little in the Bond repertoire that is not grounded in Fleming’s creation.

The brute physicality. The love of good clothes. The taste for mixed drinks. The lust for gorgeous women. And, yes, the rootless world traveling.

Fleming acknowledged at the beginning of his writing career (he’d been a spy for most of his life before turning to writing) that he wanted nothing less than to pen the “spy story to end all spy stories.” We can dither over whether or not he succeeded on the page, but he certainly birthed the secret agent to end all secret agents.

Side note: Pierce Brosnon recently quipped that the spy he played in The November Man would whip James Bond’s ass. I may have been the only one holding my breath for a Brosnon cameo in Spectre, where the two could put this quibble to the test.

Is it too much to say that Ian Fleming may be the man most responsible for fashioning the standard of American Man in the latter half of the 20th Century?

The Duke embodied what most American men wanted to be in the mid-20th Century: rugged and tough, independent, humble, without airs, simply dressed. Can we envision the Duke ordering a martini? How about getting fitted for a silk tie? 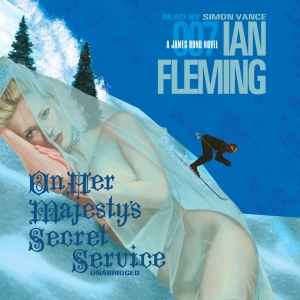 It’s also difficult to imagine JW as anything more than chaste. He may have bedded a few lonely widows by the by, but we tend to view him ideally as in search of The One Good Woman, who he will eventually Wed In Holy Matrimony.

Would the Duke strike a woman? Never.

But Bond would, and does, repeatedly.

Fleming’s “blunt instrument” is a far cry from the down-to-earth machismo idolized by an earlier era. He may share certain things in common (007 and the Duke are both, in their hearts, wanderers) but the overlaps are few and far between. 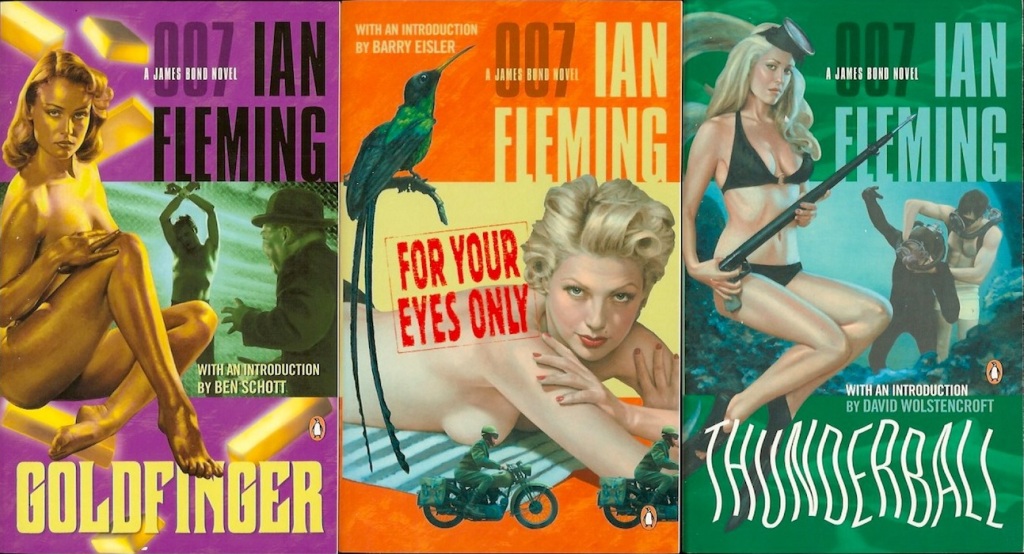 Just as Ian Fleming was inventing the spy to end all spies (the first Bond novel, Casino Royale, arrived in 1953), another man was crafting a publishing empire that would, in lockstep with Bond’s rise to global stardom, come to influence the American male mind more than any other.

Hugh Hefner, creator and editor of Playboy magazine, launched the first issue in December of 1953, mere months after the publication of Fleming’s first novel.

The most distinguishing feature of Playboy was obvious: naked women. But naked women alone—no matter how beautiful—would never have built a publishing conglomerate (sorry ladies). Hefner understood early that a succesful company is not merely selling a product. It’s selling a lifestyle.

As Playboy ascended, Hef’s lifestyle would slowly become a model for men all over America (indeed, all over the world). While few, if any, other men would build a mansion devoted to their sexual escapades, or own a jet fully staffed with half-naked Bunnies, the lifestyle Hef lived was channeled through his magazine and directly into the conscience of one generation upon another.

What are the elements of a Playboy Lifestyle? A proper Playboy is clearly a ladies man, knowledgeable in the ways to pick up women, woo them, and bed them…and then leave them behind. Playboys appreciate the finer things in life: the well-made cocktail, the perfectly-fitted suit, the dapper shoes and hat. A Playboy is worldly, drives high-end cars, travels the world, gambles, smokes Cuban cigars…

You get the picture.

Add a Walther PPK and a fervent desire to rid the world of evil, and you’ve got Mr. Bond, James Bond.

It is surprising (to me at least) all the myriad ways in which Hefner’s Playboy and Fleming’s Bond overlap. The differences are there (one has a harder time imagining Hef slapping around the Bunnies or Bond enjoying a rousing all-nighter at the Mansion) but clearly the two are playing on the same team. And as their popularity spread, these became the defining icons of the era.

Every action hero is now measured against Fleming’s “blunt instrument.” And every men’s magazine is weighed against Hefner’s transgressive rag. It is a measure of their success that it is nearly impossible to imagine an action hero movie that doesn’t follow the Bond model (the ones that don’t, such as A Most Wanted Man, generally fail with audiences) or a men’s magazine that never mentions high fashion or exotic cars.

Alas, the world changes, and it is uncertain if the old models will hold out much longer. Daniel Craig stretch as James Bond has added new wrinkles to the cloth, and Playboy recently announced that it will no longer have nude models between its pages come 2016 (this seems to me a rather disastrous concept, but who knows). Furthermore, it doesn’t take much observational talent to see that the younger generation of men in America don’t particularly embody the same masculinity idolized by Hefner or Fleming.

But one thing is certain. Contemplating the future is a bit easier with a vodka martini, shaken, not stirred, in hand.