It is a sad truism that while many mainstream literary short story writers eventually publish a Collected or Best Of anthology, very few popular genre writers do the same. In this way, we end up with The Collected Stories of Flanery O’Connor and The Complete Stories of Jorge Luis Borges–both excellent–but sadly no such compilation from a writer like Stephen King.

Indeed, many popular genre writers don’t write short stories, or write very few. Michael Crichton wrote only one that I’m aware of. John Sandford hardly more than that. Dennis Lehane has written just enough to collect in a slender volume: Coronado. Ditto John Grisham. But popular writers are not generally known for their short work.

King, however, is another beast altogether. Michael Chabon has called King the Last Master of the Plotted Short Story, a title that may explain why even King’s short story collections sell well, when so many other writers’ do not. To date, King has released seven collections of short stories and three collections of novellas:

Note: many people list Hearts in Atlantis  as a collection. I don’t. The tales in that book are of a piece, and they work together and build on each other in a way that is utterly different from a normal collection. To me, Hearts  is a single work (much in the way that say Faulkner’s Go Down, Moses  or Sherwood Anderson’s Winesburg, Ohio are single works) and should be read that way.

Consider for a moment that Ernest Hemingway, often considered one of the great short story masters of the 20th century, wrote only three collections of short stories over the course of his life. Quantity and quality are not synonymous, but it bears noting: in the realm of the short story, King has been incredibly productive.

Furthermore, King’s short story output has been diverse and sustained. His first collection, Night Shift, came out in the 1970s; his latest, just this previous year. He has written tales of horror, for sure, but also mystery (Umney’s Last Case), science fiction (Trucks), comic satire (Herman Wouk is Still Alive), mainstream fiction (All That You Love Will Be Carried Away), apocalyptic nightmare (Graduation Afternoon), revenge (Dolan’s Cadillac) and numerous hybrid tales that don’t fit into any easy category (It Grows on You).

When my stories are collected, I always feel like a street vendor, one who sells only at midnight. I spread my assortment out, inviting the reader–that’s you–to come and take your pick. But I always add the proper caveat: be careful, my dear, because some of these items are dangerous. They are the ones with bad dreams hidden inside, the ones you can’t stop thinking about when sleep is slow to come and you wonder why the closet door is open, when you know perfectly well that you shut it.

King has edited The Best American Short Stories,  been included in The Best American Mystery Stories–in addition to dozens upon dozens of horror anthologies–and won an O. Henry Award for The Man in the Black Suit. Perhaps more than any other writer, his short work has been endlessly translated to the silver screen, spawning such god-awful duds as The Lawnmower Man and Children of the Corn,  but also delivering masterpieces like The Shawshank Redemption and Nightmares & Dreamscapes. 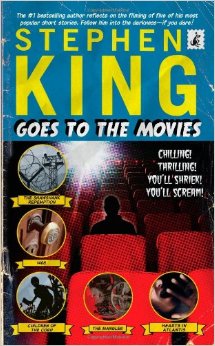 What follows below is my own proposed selection of King’s “collected stories,” what amounts to more or less my favorites of his short work. I have purposely left out the novellas, not because of their quality, but because I couldn’t envision a single book that could hold all the great stories and the great novellas.

It is my feeling that King is at his best when writing stories that would have filmed well as episodes of The Twilight Zone. He is a master at combining the everyday and the bizarre. This works particularly well when that crack in reality opens and a cold darkness pours through. Children of the Corn, The Monkey, and The Road Virus Heads North  all fit this bill.

But while these are the kinds of stories King is well-known for, he is also a deft hand at the straight mainstream story, and this is an area where he is often overlooked. Especially in recent years, King has strove to prove he is more than adept in this part of the field. Batman and Robin Have an Altercation, Herman Wouk is Still Alive, and Mute  are excellent examples.

Finally, two of the selections below are not found in King’s collections. The Crate was anthologized in The Year’s Best Fantasy, edited by Terry Carr, and In The Tall Grass, written with Joe Hill, was published in Esquire  magazine in two installments.

Please feel free to list your own favorites below in the comments section. I’m always eager to hear what other readers found compelling. 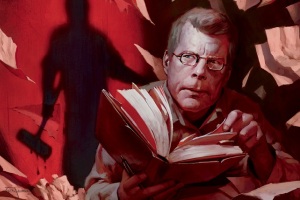 The Collected Stories of Stephen King

11 thoughts on “The Collected Stories of Stephen King: A Speculative Table of Contents”