Recent years have seen the re-release of a vast number of novels by the great (and currently under-appreciated) John D. MacDonald. Most of these have been from MacDonald’s oft heralded Travis McGee series. 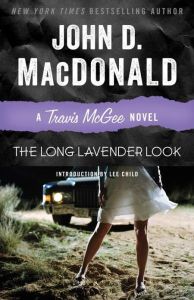 Many of the new McGee covers are excellent. Sharp photography, compelling images, great use of color and mood. They certainly catch the eye, and if there is a God in His Heaven, they’ll re-introduce McGee and MacDonald to a wide new readership.

But, good as these new editions are, it would be sad to ignore the long and varied history of MacDonald’s covers.

MacDonald is one of those rare writers whose work was popular enough to warrant endless editions and reprints in multiple languages across the world. Because he wrote stories of murder, suspense and crime, and because his novels were populated with lusty women and hard tough men, the covers of his books were often lurid and arresting. 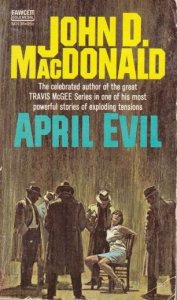 Like Agatha Christie, another top-notch crime novelist, MacDonald’s work enjoyed decades of fine artists turning their hand to his covers.

Hale’s covers were done with a certain retro-vibe. Garish coloring and a stylistic simplicity that perfectly matched MacDonald’s fiction.

Sadly, these editions are difficult to find today. On the internet, it’s not unusual to find a Robert Hale edition of MacDonald going for thousands of dollars.

This UK publisher didn’t handle a lot of MacDonald’s books, but the ones they did publish are artistic gems. 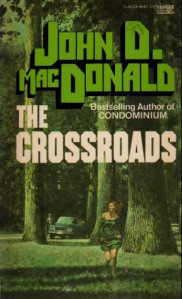 MacDonald wrote what were once known as paperback originals, works that were published first in paperback. Though he was published later in his career in hardback, it is in the paperback market where he made his mark, selling some 80 million books worldwide.

In the process, he became one of the most influential writers of the 20th century. 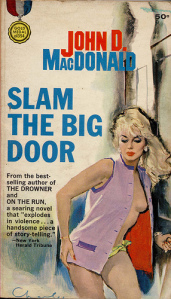 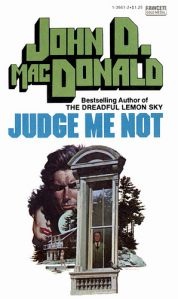 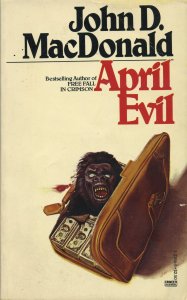 Stephen King counts MacDonald as one of the three most-influential writers on his own work. Indeed, he called MacDonald’s masterpiece The End of the Night  one of the greatest novels of the century.

And he was well-known overseas, where his covers took on various forms.

That last is from Russia, which I find a bit odd, given that it has a real American Western cowboy vibe going on. But who knows. Maybe there are cowboys in Russia.

Yes, that’s a total knockoff from The Shining. I don’t know how this publisher got away with this. It seems unlikely that Stanley Kubrick would have given permission, especially considering that the book is Cape Fear.

Which itself was turned into a very successful movie (twice). Why this cover–also from Russia–didn’t use an image from the actual Cape Fear  movie is beyond me.

Again, who knows? Maybe The Shining  was huge in Russia.

One of the best parts about studying old book covers is you can see how ideas, trends and moods changed over time. One of the more depressing elements, however, is realizing how bland modern book covers tend to be by comparison.

It’s hard to imagine a modern publisher giving you this: 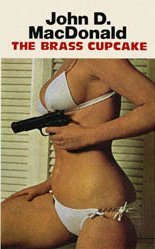 And definitely not this: 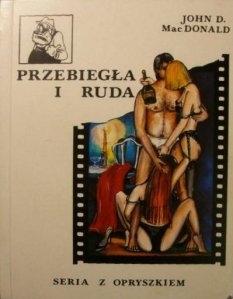 I am deeply indebted to the fantastically thorough website JohnMacdonaldCovers.wordpress.com for the images found here.

2 thoughts on “The Many Covers of John D. MacDonald”