In the world of book covers, crime writers have all the fun.

The nature of the genre, filled to the brim as it is with guns and busty women and murder and intrigue, provides ample material for gripping artwork and design. It doesn’t hurt that crime novels (and movies) have a long and distinguished history with the noir movement, adding many darker shades to the palettes of cover designers over the years.

Elmore Leonard has been no exception. His work draws from various streams of American crime literature–from Raymond Chandler to John MacDonald to Charles Willeford–and the covers of his novels reflect his evolving place within this pantheon. On the other hand, the evolution of Leonard’s cover art also shows a distinct departure from his peers, a notable elevation from mere Thriller Writer to the “Coolest Writer in America.”

Leonard’s early covers are not so different from other paperback writers of previous eras. 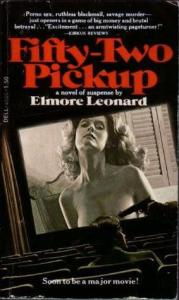 These covers wouldn’t be out of place gracing the works of John MacDonald (who had many great covers of his own), for example, or even Ed McBain. All the tried and true elements are there: guns, fancy cars, naked women, booze, and the hint (or outright acknowledgement) of crime and impending violence.

It ought to be noted that this same approach for the most part dominates Leonard’s earliest work: his western novels. Leonard once admitted that when he set out to become a writer, he chose the western because he felt like the genre had a simple form that could be easily mastered (bad guy rolls into town, last stand at high noon, good guy cleans house).

The makeup of the western, Leonard noted, is not all that different from the crime novel. 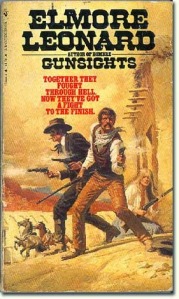 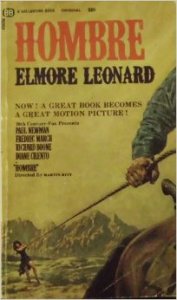 But even early on, Leonard’s cover art tended to have style, which also happened to be a common acknowledgement regarding his prose too.

It took me 20 years to buy an electric typewriter, because I was afraid it would be too sensitive. I like to bang the keys. I’m doing action stories, so that’s the way I like to do it.
— Elmore Leonard 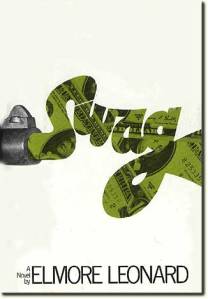 In fact, as Leonard’s career progressed, it was this sly style factor that would eventually dominate both the cover art and the prevailing opinion of Leonard as a writer.

Called the “coolest, hottest writer in America,” it also didn’t hurt that Leonard published some of the coolest, hottest titles in the country either. A good book needs a good title, and Leonard’s titles go a long way in conveying the kind of stories between the covers: 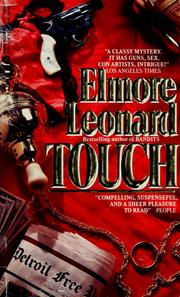 Even overseas, Leonard’s work was generally adorned by confident swag, although sometimes he was still given the straightforward treatment. 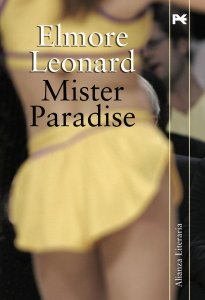 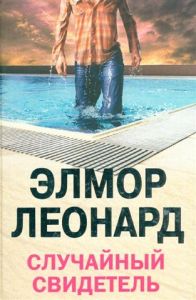 A significant turning point occurred in the early 90s with the success of Get Shorty and the sudden arrival in Hollywood of directors and screenwriters who seemed–for a short while, anyway–to understand how to adapt Leonard’s work to the screen. For decades, Hollywood had butchered his stories, but the 90s would see a stretch of successful Leonard films: Get Shorty,  Jackie Brown,  and Out of Sight.

At this same time, the cool factor would be cemented with a hip (if somewhat lackluster) approach to marketing Leonard’s novels. 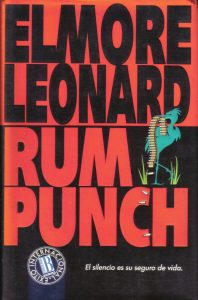 The bright, vibrant color schemes made Leonard’s novels stand out and gave his work the air of a writer who was current and striking and not ever lacking for flair.

Still, it’s a bit of a step down from my personal favorite:

Guilty on all counts.

But it’s hard to climb to the top ranks of American literature with covers like these. When you’re dripping with too much sex (or too much violence, for that matter), it’s hard to convince the button-down critics that you’re worth taking seriously. And it is no surprise then that you can chart the transformation of Leonard’s cover art alongside the shifting viewpoint of the American literary establishment.

“It doesn’t seem that long ago I had hopes of being the hot kid, selling my first story in ’51 when I was 25. I got on the cover of Newsweek in April 1985, and was seen as an overnight success after little more than thirty years.”  —  Elmore Leonard

If many critics (and readers) had overlooked Leonard for decades, they wouldn’t for much longer. Leonard shot to the top of the bestseller lists in the 90s, and would remain there into the new century.

The latest Leonard covers are an outgrowth of that bold 90s style, but adapted with real pizzazz. The artwork is subtle and swanky, the colors smooth and snazzy.

Exactly what you’d expect from the coolest writer around.

One thought on “The Many Covers of Elmore Leonard”