The Many Covers of RL Stine

RL Stine has the benefit of having written for both teens and young readers during an era of markedly good cover art. Few series have been as blessed by consistently fantastic artwork as Goosebumps, and Stine’s early work for Point Horror hit the market when garish, sleazy covers were still the norm for works of horror and suspense. Stine’s longevity, too, has served him well, as well as the fact that he connects so well with reluctant readers.

He is back in the spotlight once again with the launch of Return to Fear Street, just as the 80s have become cool again, bringing his cover art full circle.

Let’s start with Goosebumps  and the work of the brilliant Tim Jacobus. Jacobus’s unique style was central to the success of Stine’s middle-grade horror series, especially given that the covers themselves were often scarier than the books. 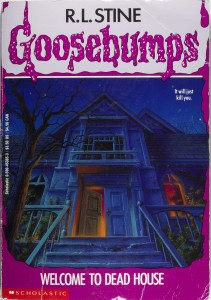 Stine has noted in numerous interviews that his approach to Goosebumps  was to provide readers with a literary experience similar to a roller coaster: scary, but safe. He has admitted that the first book in the series, Welcome to Dead House, was simply too scary, and that he was still honing the formula while writing that work.

But if the stories between the covers were ultimately funnier and less freaky than anticipated, the covers themselves were consistently striking, creepy, and unsettling. Jacobus has a real gift for latching onto an image that inherently creates a sense of dread, and his use of bold colors and a semi-realistic approach stick in the mind. 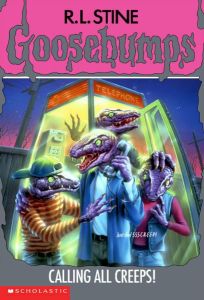 To see how effectively haunting the Goosebumps  covers truly are, it is best to compare them to the middle grade horror novels published today. Modern works in the genre are presented more like Saturday morning cartoons, whereas Stine’s books always offered the promise of true thrills and chills.

I believe kids as well as adults are entitled to books
of no redeeming social value.
– RL Stine 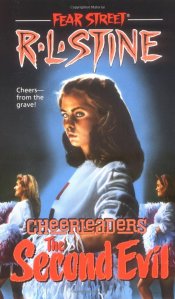 A short rundown of Fear Street  titles is enough to get the imagination running in the right direction:

Stine’s Fear Street  covers are a wonderfully-colored pulp stew, their roots growing firmly out of the crime novel tradition that adorned the early works of Elmore Leonard and John D. MacDonald. 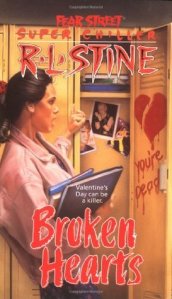 Stine’s earliest work, a series of novels for the Point Horror label, are squarely in the same territory. One interesting contrast is the difference between the American version of The Babysitter  versus the German edition. Stateside, the cover girl is decidedly older, perhaps seventeen or eighteen. But in the German edition, the babysitter looks much younger, not even quite in high school. 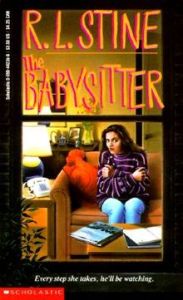 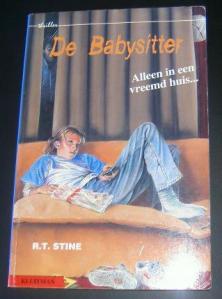 The two approaches offer a decidedly different interpretation of the kind of reading experience one might expect. One is reminded of the different ways in which Lolita  has been approached, with some cover artists depicting Lolita as an older teen and others presenting her closer to her actual age (twelve).

Other writers in the MG/YA horror genre churned out better work over the years. Christopher Pike was less popular but a stunningly more inventive writer. Lois Duncan wrote thrillers that were far more complicated and morally ambiguous. Robert Cormier asked deeper and far darker questions. But no other writer was blessed with Stine’s success, either in sales or such wildly awesome cover art.

One response to “The Many Covers of RL Stine”