The Beginning, The Middle, and the Twist: Writing Lessons from RL Stine

RL Stine is often acknowledged as the 90’s horrormeister for children, but he is rarely given much credit as a competent and (yes) talented writer. Stine himself often derides his work with humble criticisms, claiming that he is a hard-working wordsmith with little literary talent.

Say what you want about the quality of Stine’s prose. It is, I’ll argue, better than the critics give it credit for. Regardless, Stine is in a rare boat: author of two wildly successful series (Fear Street, aimed at teens, and Goosebumps, aimed at middle-schoolers) who for a time was the most popular writer on the planet. 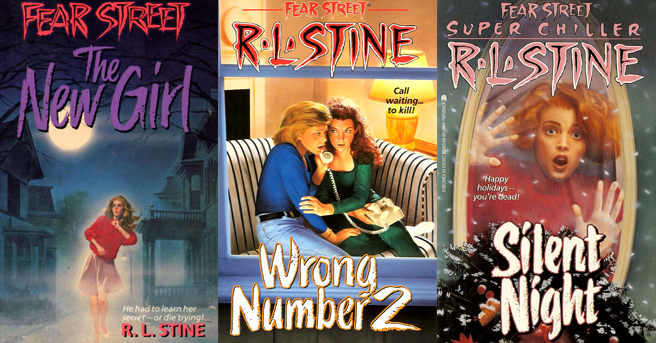 Conservative estimates put the sales of John Grisham novels (the bestselling adult writer of the 90s) around 60 million copies or so for the decade. Stine sold that many books in a single year at the peak of the Goosebumps craze. And he did so year in and year out.

No one sells that many books (especially to kids) without knowing a thing or two about telling a good story. And the lessons that can be drawn from Stine’s work are applicable not merely to writing for children. They are lessons for all writers, and across all genres.

Let Your Characters Have Real Emotions

As an adult, reading Stine’s novels again are striking, not least because his characters display legitimate, powerful emotions. And they are not shy about them.

Consider this scene from Night of the Living Dummy:

“Hey!” Lindy cried in surprise. “Where’d you get that?”

“From Daddy,” Kris said, her grin wider than the dummy’s. “I’m going to start practicing with him after dinner, and I’m going to be a better ventriloquist than you.”

“Kris!” Mrs. Powell scolded. “Everything isn’t a competition, you know!”

“I already have a job with Slappy,” Lindy said with a superior sneer. “And you’re just getting started. You’re just a beginner.”

“Mr. Wood is much better-looking than Slappy,” Kris said, mirroring her twin’s sneer. “Mr. Wood is cool-looking. That gray suit on your dummy is the pits.”

“You have worms!” Kris exclaimed. 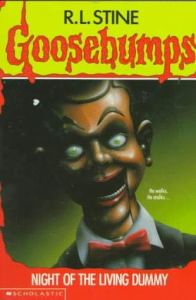 This sibling rivalry, full of jealousy, pettiness, bitterness and spite plays out throughout the novel. While outbursts like these may seem tame (there’s no cussing or outright violence), when considered in the context of the book’s audience the emotional honesty is telling.

Stine doesn’t look away from the nastier aspects of his characters. He doesn’t try to dress them up in order to be more appealing. Readers rarely want characters decked out in the personality equivalent of their Sunday best.

What captivates is the darker emotions, the roiling stew beneath the surface.

Don’t Look Down on Your Audience

One of the worst things any writer can do is belittle their audience. Talking down to your readers is, without question, the kiss of death.

Looking down on your audience begins with the conviction that your audience isn’t as sophisticated or mature as you are. Perhaps this is true. But only a jerk points it out.

Because it is startlingly easy to dumb down writing for children, studying the YA and tween markets is a good way to assess the effects of looking down at your audience. Consider that, time and again, the most successful writers in these fields are authors who do not treat their readers dismissively: JK Rowling, John Green, Suzanne Collins, Lemoney Snickett…

All write with a sophistication and complexity that belie their belief that just because a reader is young does not mean they are stupid.

Respecting your reader means trusting that the reader will understand your inferences. It means writing as if you believe that the reader does not need to be constantly lead by the hand. It means embracing language and its complexity, not because you want to show off how smart you are, but because doing so is the best way to tell your story.

In school you learned to write as if the reader
Were in constant danger of getting lost…
It was assumed that you can’t write clearly
And that even if you could write clearly,
The reader needs a handrail through your prose.
What does that say about the reader?
–Verlyn Klinkenborg

If you’re describing an azure dress, don’t substitute the word blue because you believe your reader won’t know the word azure. Readers can handle sophisticated vocabulary. And what they don’t know, they can look up, if they feel so inclined.

Don’t Be Afraid to Raid the Culture

One of the most common complaints leveled against Stine and other popular writers is that they deal in cliches. To a certain extent, this is true. Goosebumps is constructed almost entirely of cultural cliches: vampires, werewolves, ghosts, summer camps, creepy teachers, space aliens, cameras that take magical (and horrifying) pictures…

Rarely does Stine invest any of these cliches with creative twists that alter your perception of the original. His vampires are vampires. His ghosts are ghosts. He is not Richard Matheson or Shirley Jackson. 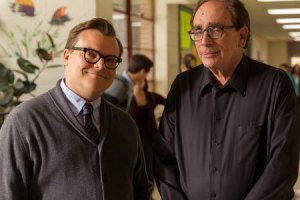 On the other hand, it is precisely Stine’s willingness to dive deep into the wellspring of the culture that makes his work appealing to a mass audience. I have stated elsewhere that Stine’s work is like an encyclopedia of modern horror tropes and ideas. While not an innovator, Stine clearly understands the cliches he is working with and turns them to his own ends.

On a sentence level, cliches are often horrid. They reek of lazy thinking and poor writing.

But on an idea level, cliches can serve a purpose. The trick is to respect them and recognize that certain cultural tropes and symbols have survived because they are effective, not because they need tweaking.

There is nothing more pretentious than trying to take a cultural cliché and, instead of fully embracing it, turning it into an intellectual masturbatory exercise (Lev Grossman’s Magician  trilogy comes to mind).  Even particularly good efforts, like Michael Chabon’s The Final Solution, aren’t half as fun as the work of writers who fully embrace the genre they’re working within (when it comes to mysteries, most readers will always prefer Agatha Christie over Chabon).

Don’t be afraid of the pool of common culture. Great stories are crafted by those who dive-in deep and find ways to use the cultural tropes to suit their own ends.

Take George Lucas. Star Wars, his masterpiece, is a mashup of cultural cliches, well-worn story models, and classical ideas. The elements themselves  are not new. But the way they were combined  WAS new.

Stine may not have reinvented the horror genre the way Lucas reinvented science-fiction, but they share a willingness to embrace common cultural motifs in their pursuit of telling a story.

“Every story ever told can be broken down into three parts. The beginning. The middle. And the twist.”  — Jack Black as RL Stine in Goosebumps

The Twist is often derided in intellectual circles. Especially intellectual writing circles. Is there anything more heavy-handed than the Plot Twist, critics cry.

But this is hardly a reason for disdaining the practice altogether.

The list of mind-blowing and perfectly executed Twists is nearly endless:

The Twist comes out of a writer’s understanding of their story and their skill at withholding information, as well as their ability to carefully dole out setups and payoffs. Rather than viewing it as a dullard’s heavy hand, The Twist should be understood as a powerful tool in every writer’s toolbox. 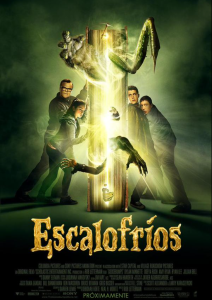 Given the genre he writes in, Stine’s novels twist and turn more than most. Part of the fun of reading his books comes from the constant minor Twists that come at the end of most chapters. Most of these Twists are the equivalent of the Spooky Noise Which Turns Out to Be the Cat. A common trope in the horror genre, for sure, and–for adults–all too predictable. But understood in the context of Stine’s audience (young children unexposed to the horror genre), these Twists are often what keep his readers reading.

A great example of how the Twist can employed successfully is Stephen King’s The Shining. Consider how many carefully crafted Twists King uses to drive the story to its inevitable conclusion:

King has a clear understanding of his story. He sets up each of these Twists well in advance, like a man opening all of the possible exits. Then, one by one, he employs various Twists to slam those doors shut.

It is true that you could tell the story of The Shining  without any Twists. But what kind of story would that be? I’ll tell you what kind: a boring one.

The Twist is a tool. Don’t be afraid to pick it up and use it.

Looking for more tips on writing? Check out:

It was a Perfect Liftoff: Writing Lessons from The Mysteries of Harris Burdick

Keep It Short & Put the Good Shit at the End: Lessons in Writing Sentences

Or maybe you’re in the mood for a creepy story:

Try the award-winning story Til Death Do Us, selected by HorrorNovelReviews.com as their Story of the Week!